You are here: Home / Chumash / 3-Vayikra / Metzora: The one person that you can never see! (and some thoughts on Pesach, too!)

The one person that you can never see!
(and some thoughts on Pesach, too!)

“This is to be the rule of the tzaraas-afflicted person on the day of his purity, he will be brought to the cohen”

Webmaster’s note: the footnote links aren’t yet working.  This note will be removed when it’s corrected.

A person may see the afflictions of all others, but not his own, teach our Sages.[1] This means that when a person contracts tzaraas, he must go the cohen, and even if he himself is a qualified cohen, he must find someone else to assess him.[2]

The one spot that your eyes will never ever be able to gaze upon, is paradoxically your own face. You will never see the part of yourself that are closest to your eyes, without looking into something else, like a mirror, or a pond. Isn’t that something? You can see anyone, and anything with more clarity than yourself. This is the human condition; we notice the flaws of others and can be blind to our own. The wisest of men wrote[3] as water reflects one’s face back to him, so does the heart of one man reflect another’s. The very best – indeed the only – way to see yourself is in a reflection; by looking to others.

The first message that this teaches us is that what we see in others is the very best window into our own souls. “When one disqualifies another person, he is really doing so due to his possessing that same blemish,” teaches the Talmud.[4] Sometimes, things bother us so much in another person primarily, our sages teach, because we ourselves and imperfect in that area.[5] The Baal Shem Tov[6] would famously teach that if a person was free of a sin, he would never even be led to witness another person doing that sin, and conversely, when one does witness a person sinning, it is a message to him, for on some level, he possesses elements of that flaw himself. A person can not see himself without looking to others apparently. But why were we built this way? What is the deeper message?

When two people interact, and come together, you will notice something interesting. For two separate people to be focused on one another, they actually have to be facing in exactly opposite directions. Meaning; if you are speaking to someone who is facing west, and you want to directly look at that person, you must face east. To give a kiss to your child who is looking north, you must look south. It is a very deep concept, when you think about it, that though two people may be identical and heading at the same pace in the same direction, they may never connect at all, and two people heading in opposite directions can more easily collide, bond and connect. There is little benefit to a “yes man” in a company. Much more powerful are two people coming from very different directions, but agreeing to meet at one point. Perhaps this is part of the reason that the Torah demands marriages of people of different genders, and from different families.[7] Indeed, it is only by looking away from yourself that you can connect to others.

R Levi Yitzchak of Berditchev[8] once pointed out how interesting it is that though the Torah always refers to Passover as The Festival of Matzos, we call it Pesach, or Passover. He explained that our sages teach us in many places[9] that Hashem spends his time praising and seeing the greatness of the Jews, and the Jews expend their energy focusing on the greatness of Hashem. The Jewish people displayed their fidelity and commitment to Hashem by rushing out of Egypt without even time for their bread to rise. It is this amazing achievement that Hashem recalls whenever He, in His Torah refers to the Festival of Matzos. But rather than tooting our own horn, we took to the custom of referring to the holiday as Pesach, remembering how Hashem passed over the homes of the Jewish people, saving them graciously from the destruction that the evil people around them had brought upon themselves. We each must look away from ourselves, in order to have a healthy relationship.

When a person does a favor for his friend, one of the most damaging things is when he is still focused on himself, and he wants lots of credit. “Wasn’t it nice of me to have you over to my home for coffee, and to drive you to the airport, I have done so much for you!” Talk like that alienates friends. Nobody wants a favor when a person is focused on himself, and demanding the glory. In fact, what brings a person closer is when the person demands nothing at all, and instead says “it is such a pleasure spending time with you – driving you is no favor at all, it’s my great joy”. Words like this actually bring much more closeness and love and in fact appreciation, far beyond what any demands for “appreciate me” could ever bring. It is looking away from oneself  that brings one to the deepest closeness with oneself, and allows others in as well.

As part of the purification of a person afflicted with tzaraas – the torah instructs[10] that part of the process involves cedar wood, crimson thread died by a snail or worm, and hyssop, a low grass. Rashi[11] explains that a person who was arrogant, holding himself great and grand as a cedar tree brings affliction upon himself[12] and this can be cured by humbling himself like the worm and the hyssop. Chiddushei Harim[13] points out that in the end, when hyssop and cedar used for the Red Heifer they are both burnt, to encourage humility.[14] And yet, he wonders, why is the hyssop which represent humility burnt, shouldn’t the cedar be burnt, to rid us of arrogance and the hyssop treasured? The answer is that even humility can become prideful and arrogant if a person looks at himself and says, “I am not arrogant like others, I am humble and worthy.” Humility and piety can also be dangerous, and the arrogance that can result from them must be consumed by the fire of introspection and selflessness. High position comes to those who flee from it.[15]

The cohen must be consulted when you want to know yourself. Amazingly, the clearest way to know yourself is to look outside of yourself, and truly let go of selfishness.

[2] See the comments of Lev Simcha (cited in Likkutei Yehuda p. 147, s.v. biyom) where he explains that simply heading to visit the righteous man is itself reason or the day to be “the day of his purity,” for heading to the Cohen for counsel is an act that brings purity.

[5] See the extensive treatment of this issue in Ruach Chaim (Volozhin) to Avos 2:1, hagaah.

[7] See Maharal Nesivos Olam, Nesiv Hanavah 4, explains that the reason for not marrying family members is because marriage is meant to unite the Jewish people, to bring distant people and families together, and when someone joins with just his relatives, unity will be absent from the Jewish people. See also Maharals comments in Beer Hagolah, Beer Hasheni 11 (Vol. 1, p. 243, in Machon Yerushalim ed.), and the note there of R. Hartman, n. 673.

[8] Cited in Tosafos Chadashim to Pesachim 1:1, in his second approach.

[9] He cites Brachos 6a as an example, where we are taught that Hashem tefillin contain  words praising the Jewish people while ours contain words that praise Hashem.

[14] In the Likkutei Yehuda (ibid) this is printed in Tazria, with no mention of the Red Heifer. This is clearly an error (most likely of the printer) since there is no burning of these items done in the tzaraas process, as there is in the Red Heifer ceremony.

[15] Eruvin 13b, “He who flees from gedulah…”  The story is told (Kol Mevaser, vol. 2 verter, citing Mamarei Simcha 59, as well as Niflaos Chadashos, likkutim 48b) that a fellow once asked R. Bunim of Pshischa why honor never came to him, since he was always fleeing from it his whole life. And the Rebbe answered him, “your problem is you were always looking back over your shoulder, and so you were never really running away.” According to the lessons presented in this essay, this story can be understood in a very deep way.

We thank www.getpeyd.com where you can redeem your airline miles and credit card points for cash, for sponsoring this weeks dvar torah. To find out more about sponsorship opportunities like this (to help this email be as regular as possible), just ask! 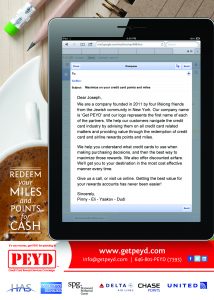 The Jew encamped opposite the mountain — Shemos 19:2