Take a census of the entire assembly of the Children of Israel.

It is due to Hashem’s love of the Jewish people that He wants them counted constantly, teaches Rashi.[1] He also tells us that the way people were counted was by each person’s giving a coin. “When you will count the Jewish people according to their numbers, let each man give Hashem an atonement for his soul so that there will not be a plague when counting them.”[2] Rashi[3] explains that this is to avoid what happened in the times of King David. During the reign of King David,[4] a devastating mistake was made. David decided to count the Jewish people, and did so in no special way. Halacha tells us that it is permissible to count the number of raised hands in a room, but not the people themselves.[5] We cannot count people. But David did. And the Jews were hit with a death wave in which a staggering 70,000 people died, from one end of the nation to the other. Our Sages tell us[6] that actually, only one person died. His name was Avishai ben Tzeruyah, and though he was only one man, he was worth 70,000. It sounds a bit unusual to refer to one person as 70,000 – what is the message, and why choose to teach us the value of this man in this specific way and context?

If the Jewish people are counted in an ordinary fashion, it will cause a plague. Hashem, therefore, directs Moshe to count the Jews in an unusual way, wherein each person gives a coin. The coins will then be counted, and the census will thus be accomplished without pestilence. Why does this solve the problem? And what was the problem to begin with?

The reason why it is forbidden to count Jews is really quite simple[7] – you have no idea what anyone else is worth. One person may be worth far more than another. To count people as equally valuable is simply incorrect. David made that mistake – but he learned his lesson when he lost one man who was worth 70,000 men. That is the lesson. We count people based upon what they have contributed to society. That is really what life is about. “He who detests gifts is truly alive,”[8] stated Shlomo. We can count everyone only if they give something – for a gift can be quantified. When Moshe counted his people, each one gave something of himself, and that was what was counted. Thus, nobody had to be taken away.[9]

Avishai’s passing is referred to as “70,000 from one end of the nation to another”! (literally, “from Dan to Be’ersheba”). Now that we know that it was one man, and he certainly lived in only one city at a time, how are we to understand this statement? The message is the same, explains the R. David Luria.[10] Hashem took one man, whose positive influence affected the length and breath of his nation, and taught us a lesson. One man can span a nation, from Dan to Be’ersheba.

Overpopulation is dangerous in a society of takers. When people consume more than they produce, each new person is just another liability. But when people are innovative, and givers – when people produce more than they consume – the more, the merrier! Our aim must be to produce a society of givers and builders. It is only when we are fruitful that our multiplying and “overpopulation” can truly have any meaning.

[9]           There is another reason given by R. Shlomo Wolbe for the prohibition of counting Jews (Shiurei Chumash Mipi Maran Hamashgiach, Jerusalem: 2008, p. 98) – Jews are spiritual rather than physical, and spirituality cannot be quantified. 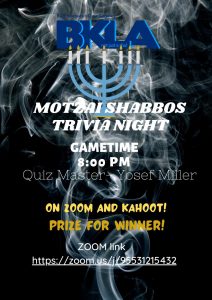 Gather and listen, sons of Yaakov; listen to Israel your father. — Bereishis 49:2

The sorcerers said, “It is the finger of G-d!” but Pharaoh’s heart was strong and he did not hear them, as Hashem had spoken. — Shemos 8:15