And Hashem came to Bilaam…

No man ever has reached the level of Moshe’s prophecy,[1] nor will there ever be a man who will until the Moshiach. With one exception. It was not Yechezkel or Yirmiyahu or Ezra…the one man that we are told did reach that exalted level was a Gentile. Not only that, but he was a wicked man as well. His name was Bilaam,[2] one of the great villains in the history of the Jewish people. His stated mission was to destroy the Jewish people. His words of blessing, which he had no choice but to utter, begin our Siddur.[3] “There is nothing in the world that Hashem did not reveal to Bilaam,” our Sages tell us.[4] But the question is a powerful one: how is it that a man so far from the Torah was such a great prophet? How did Bilaam enjoy such a relationship with God, while he was engaged in a physical relationship with his female donkey?[5]

There is an obscure Midrash[7] that helps us begin to clear this issue up. “Moshe prayed to Hashem during the plague of darkness, asking him to save the wicked people. Hashem replied to him, “You think that it is wise to save the wicked? I will save just two of them, and you will see what trouble that will cause!”

Zeh liumas zeh assah haelokim[8] – “this opposite that” created the Lord, wrote Koheles. For every good thing that there is in the world, there is an opposite. Our world is one of balance. The very same opportunity exists for one to do good as to do evil. There is every opportunity to succeed, but there is equal opportunity to fail. While one animal was offered on Yom Kippur in the greatest of holiness, another one, that weighed and looked just the same, was thrown from a cliff to Azazel.[9] “Azazel,” a strange word, is actually an anagram of the first letters of the words in the verse Zeh liumas zeh assah haelokim![10] For, in our world, for every element of holiness, there is equal potential for the opposite.

Dasan and Aviram deserved to be destroyed. They were wicked. Moshe prayed to Hashem to save the wicked, but Hashem told him, I will save two of them for you. That will be more than enough to provide a tremendous challenge to the Jewish people. Living around Moshe and Aaron must have been amazing. The great Moshe, so close to the divine, and teaching Torah, while his brother, Aaron, did whatever was in his power to bring the Jews closer to one another, and closer to Hashem. Moshe laid down the law, and Aaron brought people to tshuva and Shalom. People would be afraid to sin, for they worried, “How will Aaron look at me if he discovered that I have sinned?” for they knew how Aaron saw their potential, respected them and loved them. The incredible pull that the Jewish people had to do good was overwhelming. But, on the other hand, life is a challenge. Nothing is easy. The influence toward evil was also around, and that was in the form of Dasan and Aviram. Hashem kept them alive, eventually bringing them across the Red Sea with the Jewish people, for they were the “zeh liumas zeh” of Moshe and Aaron.[11]

Perhaps we can suggest another level to this. The Gemara[12] tells us that Dasan and Aviram were names that told of their essence. “Dasan, he violated das [law]; Aviram, he strengthened himself to avoid doing tshuva.” We talk about “das Moshe”[13] – the law laid down by Moshe. Moshe brought us the Torah, taught it to us and ingrained it in us. Dasan was the violator of das. He tried to take us away from that. Aviram strengthened himself to avoid tshuva. Aaron was all about tshuva. As Hillel said,[14] “Be a student of Aaron, loving peace, pursuing peace, loving all creatures and bringing them close to Torah.” Aaron was about bringing people to tshuva. Aviram was about remaining stubborn and avoiding tshuva.[15]

So, as it turns out, these two scoundrels were brought across the Red Sea with the Jews, for though they stayed behind in Egypt, they followed Pharaoh to the Red Sea.[16] They were kept alive, witnessing the miracles in the wilderness and living with the Jewish people. But they were kept alive not for any merits that they had. They were not given what they enjoyed in this world because of how good they were; everything that they had was precisely because of how wicked they were!

Bilaam was a wicked man. But the nations, who were not interested in the truth, needed to be given the same chance as the Jews,[17] for, as much evil as there is out there in the world, there had to be the option for them to do good. Bilaam had as much knowledge of Hashem, in a certain sense, as Moshe did. And yet, it did not change him. Those around him did not accept the good from him, and simply tried to use his great connection to the truth to further their wicked agendas. And he, himself, was no exception. We must know that we always have the power to do both good and evil. If we are doing something evil, we must know that we have equal power to do something incredibly good. And if we do something great, we must know that lurking just around the corner is the option to do evil. If there is a Moshe, there will be Dasan.

Bilaam was the chance that the world had. He was as great a prophet as Moshe. The potential for greatness was there among the other nations of the world, and on some level, it remains there. The trouble, pain and suffering that we find in our world is not a result of Hashem’s hiding from us. Even a wicked man like Bilaam will still receive the word of Hashem, and even the most wicked of nations has the opportunity to make the appropriate changes. Hashem always leaves us room to make the good choice. Hashem’s word is constantly being sent to us, we just need to check our messages.

[10]         Eretz Chemdah (Malbim) to Parshas Vayishlach. This is also found in the writings of many Kabbalists. I have long wondered about this acronym, for the word haelokim begins with the letter heh rather than alef, and thus, the acronym is not entirely accurate.

[15]         This is the depth of the statement of the Midrash Shocher Tov to Tehillim 106, that “in the desert, the Jewish people voted to replace Moshe with Dasan, and Aviram with Aharon.” 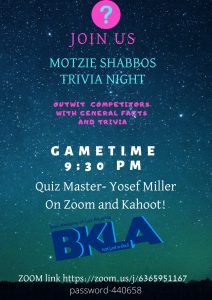 These are the words that Moshe spoke to all of Israel. — Dvarim 1:1 Also printable PDF version.